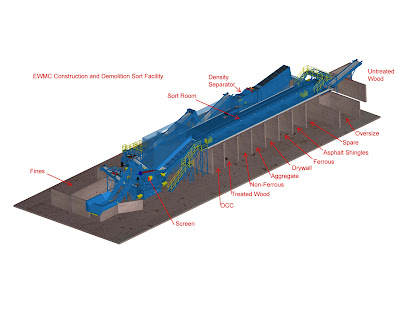 An expansion of the construction and demolition recycling site at the EWMC is currently underway.

A new six stream separation process targeting un-sorted C&D waste is expected to be up and running by this October.

It will include sorting and stockpile areas and feature a new 50m x 80m facility that will use both automated and manual sorting, by a crew of up to 20 City and contracted employees.
The process will produce clean end products that can be marketed or reused in Branch operations.

“The expansion was needed,” states EWMC supervisor of operations Shailesh Modak, who will oversee its operation. “We are being proactive by expanding our facilities to divert mixed C&D waste from landfill.”

C&D waste accounts for a quarter of the total amount of municipal solid waste sent to landfill in Alberta.

Items to be recycled include:

Last year the Branch accepted over 75,000 tonnes of C&D waste at the EWMC.
DID YOU KNOW? 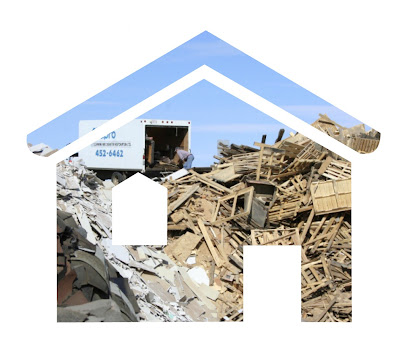 Four to seven tonnes of waste (six 12-yard bins) is produced during the construction of an average house.
Email ThisBlogThis!Share to TwitterShare to FacebookShare to Pinterest
Labels recycle, Waste Services