Waste Around the World by MCR Lee Davies


Originally, I thought I would write a comparison of how the citizens in different municipalities are exposed to waste management in their respective environments. After doing a little bit of research and reading, I discovered it is so much deeper than educating the masses about waste streams. It also became a lesson in forward thinking leadership with vision in mind. 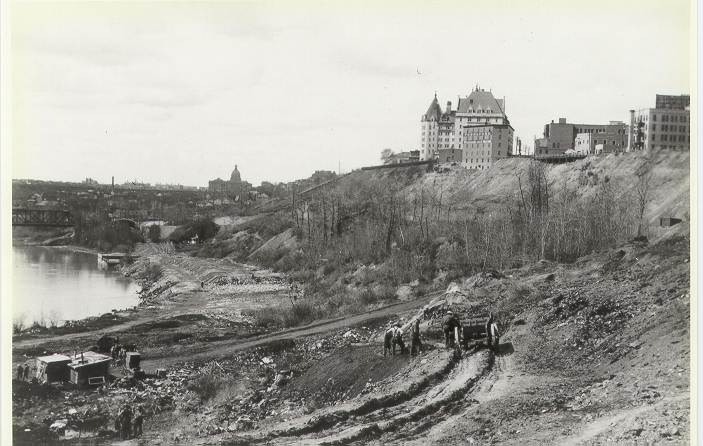 History
In a world that has gone through several social changes over the past 100 years, one common question throughout these changes is this: what to do with our waste? Before the industrial revolution the sparse population density kept waste management under the radar. It was a minor nuisance but manageable within the society parameters. There are a few cited cases of waste posing a problem in history such as the first official waste dump site in 500 BC in Athens, Greece. The city officials made it a law that refuse was to be moved out of the city limits. Then in Paris, in 1400, the piles of refuse just outside the city limits compromised the city’s ability to adequately defend itself. As the industrial revolution changed the way we lived, manufactured and did business, it also brought issues with waste management. Concentrated populations in cities bred disease and filth based solely on our human inability to effectively deal with waste - progress was far too important.

As western society of Europe expanded, so too did the inability to deal with the foot print of waste.  In world waste management history there are glimpses of our ingenuity in dealing with our manufactured by-products – reusing and recycling. However, human nature prevailed and the “reclamation of swamp land into usable space for human expansion” by depositing garbage in these spaces became the norm. We didn’t put any thought into the “footprint on our environment” at the time. As we “reclaimed” previously unusable land, the population exploded and no sustainable plan was put in place as the waste was “managed” – out of sight out of mind as our society’s dirty little secret.

This brings us to present day, where waste management is probably one of the fastest growing industries now and arguably in the future. Politicians are now mandating we look after our carelessness of the past and start to re-educate the population, after years of just sweeping the garbage under the rug. As much progress as Edmonton has made – and Edmonton is truly a leader in becoming a “zero landfill” community – it was an eye opener on what is happening elsewhere in the world. 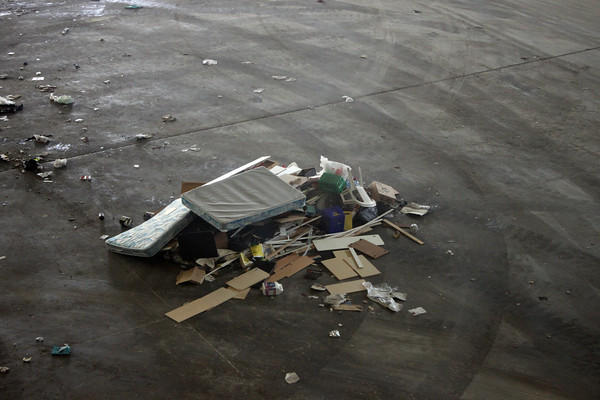 Calgary
To start with, the City of Calgary introduced their first residential recycling program in 2009 and started down a path of re-education. Calgary states they achieved 23% landfill diversion in 2009 due to their recycling program. They aim to reach 80% diversion-from-landfill by 2020. They are currently doing research and pilot projects to improve waste management and processing.
City of Calgary - Waste & Recycling Services 2011

Toronto
The City of Toronto faced a similar challenge as Edmonton; their only landfill was rapidly filling up in the late 1990s and they needed a solution. Their response was to export waste to Michigan, and they signed a contract with a landfill in Michigan that they started to use in 1998, and used extensively from 2002 to 2010. The contract expired on December 31, 2010.  In 2007, the City of Toronto bought another landfill site 200 km outside the city limits and started using this landfill exclusively in January 2011. They are trying initiatives to divert waste from the landfill and have a goal of 70% diversion by 2034. If they don’t meet their waste management initiatives, the landfill that they just started using in 2011 will be full by 2025.
City of Toronto - Green Bin Program History
City of Toronto - Solid Waste Management Services

New York
My research about waste management in New York City was the most eye opening. They had the largest sanitary landfill in the world, and it closed in 2001 - the Fresh Kill Landfill on Staten Island. The mayor, at the time, adopted a long-term plan (20 years) to export all the city’s waste to several out-of-state landfills, as far away as Virginia.  The waste was trucked over ground, further polluting the environment. In 2006, the new mayor proposed a transfer station on the waterfront, so the waterways could be used to transport waste more cheaply, to landfills further away - which that didn’t charge as much for disposal. The city is also spearheading initiatives for citizens, incorporating reducing, reusing, and recycling. But these initiatives do not seem to be curbing the “busy lifestyles” of New Yorkers. They are still some of the largest generators of waste (per capita) in the world. Political leaders in New York have run into resistance when proposing changes or spending large sums of capital to address waste. As long as the politicians feel that they can keep making the waste of New York someone else’s issue, there will be no real leadership capable of a resolution in solving this large problem.
NYC recycle more, waste less
NYC Takes the Garbage Out - columnist

Switzerland
In Europe, Switzerland has the highest recycling numbers for plastic bottles in the European Union (80%); where Greece sits at just 1%. Also waste is incinerated more often in European countries, with Denmark leading the way at 62%. There are several other initiatives in Europe to curb the amount of waste going to the dwindling number of landfills. Again, Switzerland has free recycling but charges customers per bag of waste. The European Union also is increasing the amount of “wet waste” being composted, however a report published by European Union - Joint Research Centre, Institute for Environment and Sustainability claims that 40% of bio-waste is still landfilled (2011, not including all biodegradable waste). Europe is still struggling with waste management as a viable option for renewable and reusable resources.
Supporting Environmentally Sound Decisions for Bio-Waste Management 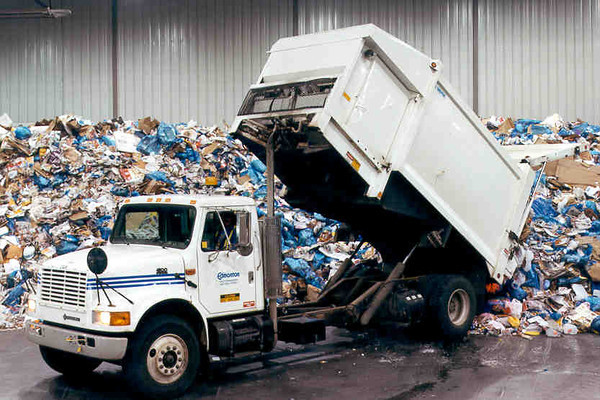 After researching the waste management of other municipalities and countries, it bring out a sense of pride for Edmonton's waste management systems. Especially all the systems that we currently have in place, and coming soon, to reduce our waste footprint. There are companies in the world that rival Edmonton’s technology in reducing waste and making waste management strategies viable, but all the reading and researching I did for this blog, I didn’t come across any other institution, entity, company, country, person, place or thing that rivals the complete picture that Edmonton has envisioned and made a reality. When you recycle your plastic bottles, recycle your used tires, or just plain throw out the “trash”, the reality in Edmonton is, even without educating the masses, we have done our part in making sure waste management is a priority. I grew up in rural Alberta where composting and reusing was a way of life. So joining the Waste Management branch was a good fit. I graduated from the Master Composter Recycling program in 2009.

I own and operate a landscape construction company in greater Edmonton, where 50 percent of my business is residential and 50 percent commercial.

I have great opportunities to involve residents with waste management in their landscapes by recommending composting areas, reusing landscape materials, and grasscycling in their maintenance programs.
Email ThisBlogThis!Share to TwitterShare to FacebookShare to Pinterest
Labels history, Master Composter Recycler (MCR), MCR blog post, Volunteer, waste, waste in other places