Leah made the decision to minimize her life by getting rid of 465 items in the span of a month. She galvanized herself for the task ahead, and laid out the rules of the game in Bare Minimum Part 1.

Once I made the decision to pursue this, I saw my belongings with foreign eyes. My thoughts about stuff had changed from a myriad of vague voices into one brilliantly clear question: Does this thing make my life better?

I quickly realized that if I had asked that question while shopping, I wouldn't be doing this challenge. There were a lot of nice things in my home that I had never actually used. Some of those items went to new and loving homes as housewarming gifts. I threw out old makeup that I don’t wear, and recycled a lot of catalogues and bus schedules that I could easily look at online.


The Wee Book Inn was willing to take some of my books, DVDs and CDs. Did you know that you can get store credit with a 50% bump on the purchase price of your old books? Well you do now. You are welcome! I also picked up some Catfish Coffee to power me through tough times in the rest of the challenge.

The real lifesaver in this project was the Reuse Centre. I dropped off 75 items in week one alone! Largest was an artificial Christmas tree, a gift that I had only set up once. On to better things, tree! I also had so many pens and half-filled notebooks. I took out the used pages and thought of the kids who would get sweet pens for school, and felt great. I donated 78 pens but it felt like cheating to count them individually, so I counted one item for all the pens and one item for all the notebooks. Never say I go easy on myself!

Seven days in, I was 135 items down, which gave me a nice buffer to head into the month. 30% complete! I felt amazing, found it easier to relax, and had more pride in my home. I no longer had piles of stuff in front of bookcases and shelves because there was no space. I had created room for the things that really mattered to me, just by getting rid of the things that didn't. The things I kept meant even more to me than they had before, like I had separated the wheat from the chaff or the gem from the rock.

Week two was a little less drastic. I began a second box for the Reuse Centre and kept a copy of their recently expanded accepted items list handy. (Items trickled in over the rest of the month for the final drop off at the end of the month.)

My brother also came over to go through some keepsakes that my mother had set aside. We kept a few of the best things, recycled a fair bit of our embarrassing childhood art, and put unused diaries, notebooks, and four bags of packing peanuts into the Reuse Centre box. I was thrilled to send the peanuts to the Reuse Centre because they are so damaging to the machinery at the recycling facility, and so harmful in a landfill.

14 days in, I was 231 items down. Just two shy of the 50% mark, but as per the rules, I couldn't count items as gone until they were actually out of my house. I was closer to 60% with what I had mentally let go of.

As week two ended, I was keenly aware that all the low hanging fruit had been picked. The next phase would take a bit more effort. 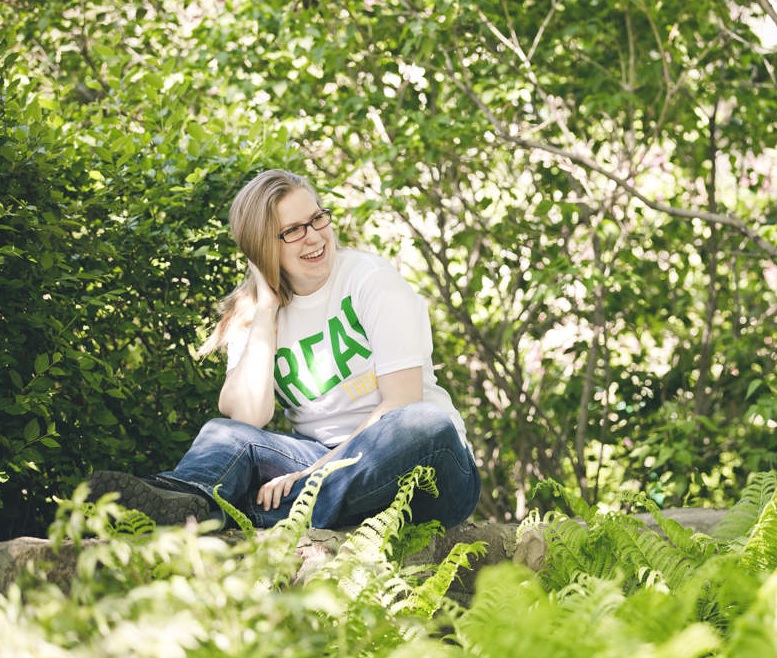 Leah joined the MCR ranks in May of 2014. She believes that urban environments offer a real opportunity to make the world increasingly sustainable. Favored topics include composting, urban design, and (now) minimalism.

Check back in the new year to read the conclusion to Leah's minimalism adventure.