A good rule of thumb for any kind of project is that you can't do it fast, cheaply and have a good result. You can have any two out of these three, but not all of them. It's not always true though, especially if the project is simple enough, like a worm bin made from stackable plastic storage containers.

For my fast, cheap and good worm condo, I used three small Trofast containers from IKEA. They're especially good for a worm bin because they have a recessed channel that runs all around the inner edge. Liquids and worms will go in there. A few 1/4" holes drilled in the corners will allow fluid to drain down to the bottom bin. (Don't drill any holes in the bottom bin.)  Holes allow worms and air to move through the bins as well.

Mark where you want to put the holes. 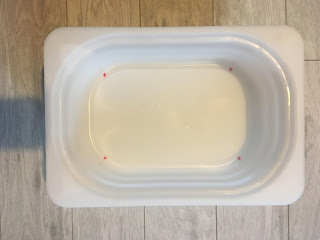 Then drill. Any drill bit with a diameter of about 3-5mm will do, since that's the size of most red wigglers. 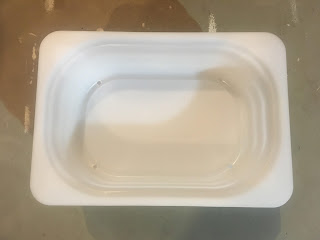 The smallest Trofast bins make a very compact worm condo that you could fit under a kitchen sink, and you can easily add more levels to for more volume. It's also an easy bin to pick up and take with you for demos and workshops.
​​ 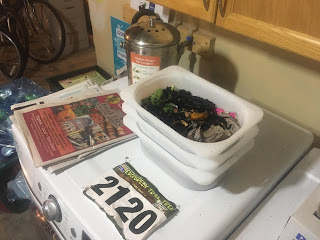 Since these bins are semi-transparent, you may want to keep them in a dark or shaded area, or else cover them.
I also got one of the larger Trofast containers, which has a really nice cover. I didn't pay attention to the measurements when I ordered these online; I thought the bigger bin was only deeper and not wider than the smaller ones. Wrong -- It's actually a totally different size. 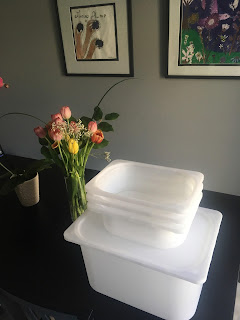 I decided to put this large bin outside by our garbage cans with a bit of fresh scraps and compost my worms have been working on since early March. 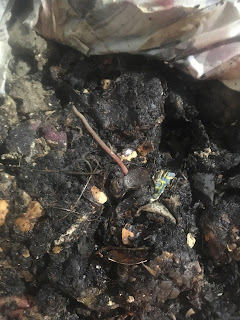 I topped it off with some dry leaves that were stuck around the border of our small garden. 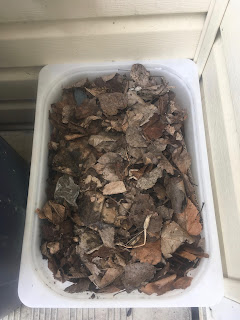 I can see this being a good place to put our Bokashi compost in the warm months, and any extra fresh stuff when I run out of room in my indoor bins. 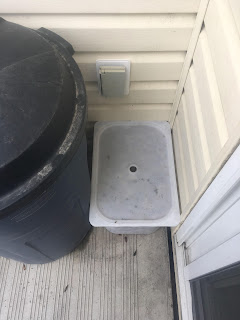 The only thing these bins lack, that commercial worm bins often have, is a drain at the bottom. It would be simple to add a base and plastic spigot. Brewing supply stores are a good place to get these. It's even simpler to lift out the upper bins when you periodically "fluff" them and drain the bottom bin by pouring any collected leachate into a watering can for use on your plants.
-All photos provided by Dan K. 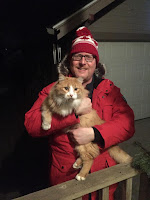 Dan is a freelance web developer and father of four relatively efficient, non-wasteful young women. Originally from New York, Dan moved to Edmonton in 2016 and joined the MCR Program straightaway to influence peple to let worms eat their garbage. Waste reduction tip: If you can get food and paper out of your trash, you may find you have very little garbage going to the curb every week.