The Story of my Worm Bin - by MCR Chandni K. 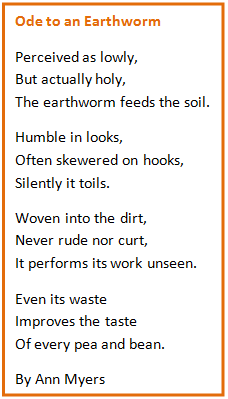 We humans have long known and appreciated the value of earthworms, and not just as fish bait! The ancient Chinese called them angels of the soil , Aristotle famously called them the “intestines of the earth”  and the most famous naturalist of all time, Charles Darwin observed, “It may be doubted that there are many other animals which have played so important a part in the history of the world as have these lowly organized creatures”.

Growing up, I recall seeing small, distinctive clusters on the ground and knowing that they signified the presence of earthworms and rich, plant friendly soil.

As an adult, an organization called Zero Waste Kovalam taught me that some varieties of earthworms could be used to compost household food waste quickly and efficiently. I was very excited, and wished to start at once! Eisenia fetida, also known as red wigglers, eat about half of their weight in food every day. This definitely sounded like a way to fast track the process.

I started my bin in an earthenware pot. It's natural pores allow air exchange, and keep things cool even in the Indian summer.  The state of Kerala, where I lived, is a veritable paradise for insects and we had really aggressive red ants that considered earthworms a tasty snack. To keep my worms safe, I had to build a moat around the pot and remember to fill it with water regularly.

I watched my worms thrive on dry leaves (courtesy of the constantly shedding mango tree in my backyard) and food waste from the house. All was right with the world for a few weeks; the worms loved their food and I loved seeing their numbers grow…

Alas, this love story ended rather abruptly as tragedy struck!

One day I was careless enough to leave my gardening hose touching the pot. It gave the red ants the perfect bridge across the moat to reach my precious little pets. It was carnage all around as thousands of these voracious ants came and devoured the worms, leaving me emotionally scarred. After this heart rending experience, I did not attempt worm composting in India again.

A second attempt in Canada

Fast forward to the spring of 2014. I joined a group of volunteers with the City of Edmonton called the Master Composter Recyclers, who found worms and waste as fascinating as I did. It was at once exciting, empowering and enriching. I was thrilled the day I got those seven or eight worms to start my very own worm bin. I was being given a second chance! I wasn't afraid; the few Canadian ants I had encountered minded their own business and seemed rather docile and mild.

I was as excited as a child with a new toy. After checking my new worm bin for the umpteenth time, I realised that just like everything else in life, patience was needed. My worms would need time and nurturing to turn into teeming millions that would demolish every scrap of food waste that my household produced!

After months of gently moistening, occasional feeding and generally keeping a benevolent eye on them, the worms suddenly flourished, with so many eggs and small worms hatching. It was time to upgrade to roomier quarters with better blackout facilities and better air-conditioning!

I found a plastic tote on sale and enlisted my son's help to drill air holes while I gathered supplies. I wanted my worms to be really comfortable.  Like all new generation kids and pets, they would  have a choice of bedding (newspaper, dry leaves, cardboard) as well as grit (egg shells, soil). Food choices have always been plenty in our house and I was not worried the worms would be dissatisfied with my offerings.

I was rather proud of my nice, clean, new blue box. I knew that if I kept it out of the way I might not use it as much as I should, so I placed the box next to the guest washroom. I declared confidently that none of our visitors would ever guess that this innocuous little box contained creepy crawlies. Reconciled as they are to my eccentricities, no one in my family objected to this plan. 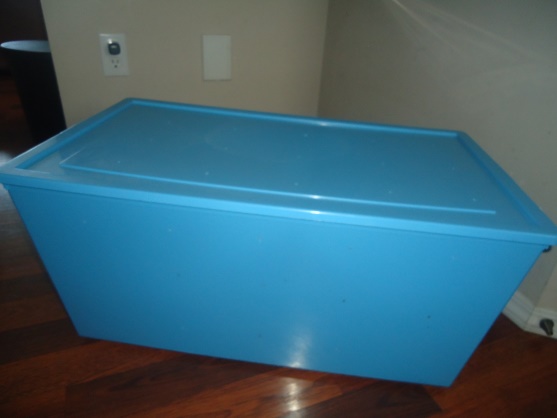 I let the worms have a few days to get used to their new quarters before introducing fresh food. With this larger box I had more room to add food and every day, I religiously buried all the scraps (which were quite a lot) in various sections of the bin. I guess like many first timers, I got a little carried away.

I started noticing fruit flies in the house, and to my horror, the worm bin was the source of the wildlife. A look below the bedding revealed pools of foul smelling liquid in the corners and crevices of the box, and so much decaying food. I needed to dry the bin out fast, but I was unwilling to drill drainage holes in the bottom of the box. Apart from negatively impacting my living room décor, I feared my toddler would find the leachate irresistible.

The whole area smelled a bit like a rubbish heap, and I had to do something before the complaints came my way. Absorbent browns would soak up the water and the smell, but I didn't think the newspapers and leaves I'd added would quite cut it. My eyes lit upon the stack of egg cartons I'd been saving for the Reuse Centre.

I tore up them into small bits and buried them right at the bottom to soak up the excess moisture. Some worms had climbed the walls and I wasn't sure if it was to escape the liquid or to get more air, so I left the lid loose to encourage airflow. I also stopped adding food for a few weeks.

The next time I checked, the worms seemed much better. They weren't exactly smiling, but their body language suggested to me that their happiness quotient was really high. They seemed to really like the egg cartons, and loved my used tea leaves.

I was a little disappointed that I would still have to rely on my outdoor composter for most of my food waste. I had seriously thought that in a couple of months my worm bin would handle it all. Instead, I had learnt my lesson about overfeeding.

Six months down the line, there is a lot of finished, fine looking compost in my bin. Time to harvest and free up more space for the worms, which have really gone forward and multiplied.

I gently moved all the material to one half of the bin and started the other half with fresh bedding and food. After a few weeks, even the clingiest of the worms will migrate to newer and greener pastures, and I'll be able to scoop out my lovely compost from the older side.

For now the future looks bright and wormy!

My next project will be a tiered structure that will allow the worms to migrate up to fresh food and bedding, which will make for an easier harvest. I do have a few old buckets lined up for the job, but that will be another experiment and another article…

If you wish to embark on a wormy adventure like mine just remember you can start your own bin with less than ten worms and an old plastic bin. All it takes is some care and patience.

Disclaimer: The characters and places in this story are real enough. However artistic license and hyperbole may have been used to help the tale along. 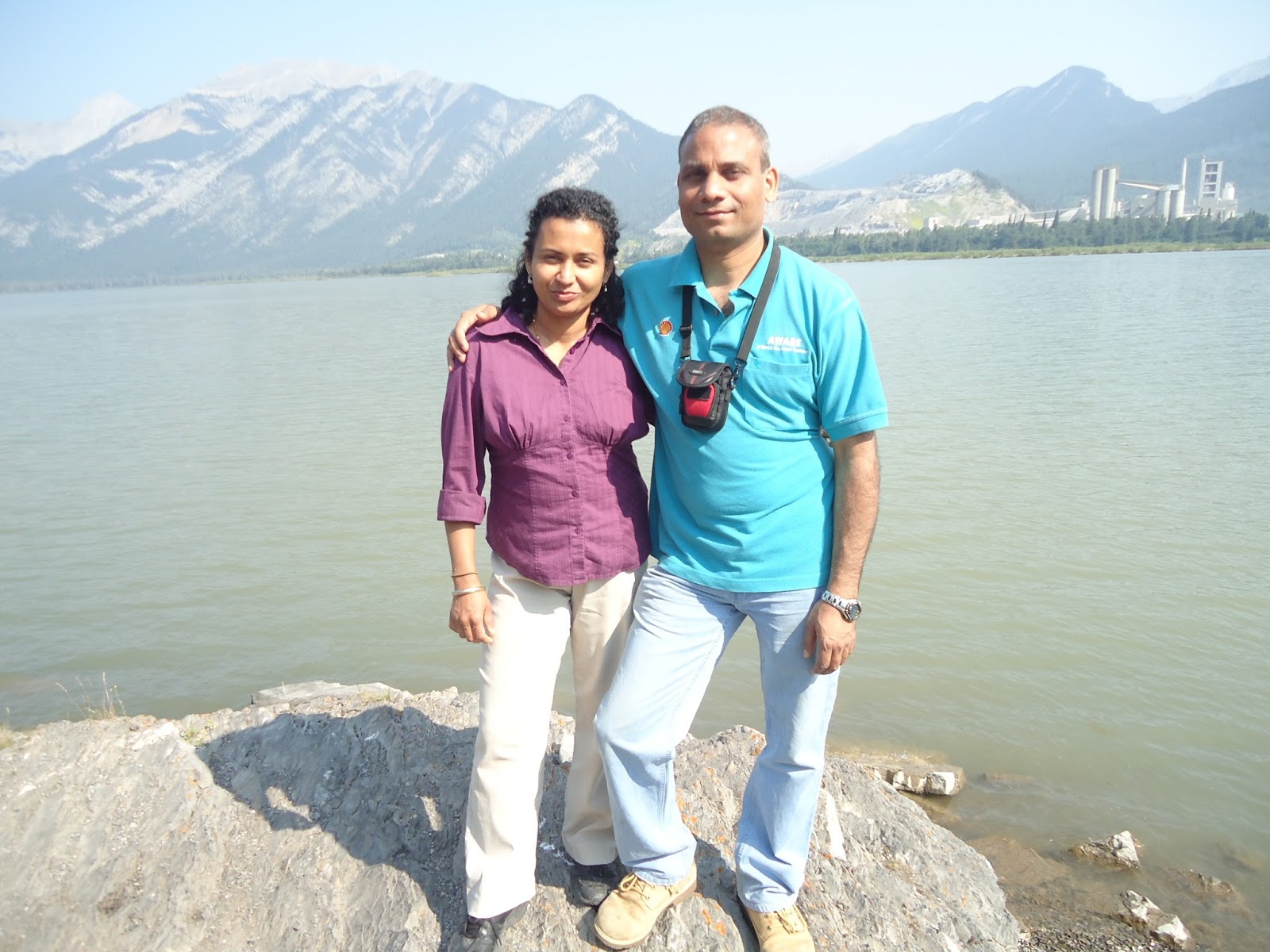 I have been an MCR since May 2014. I am committed to helping our society move towards more resource recovery and less waste. I'm excited about all the volunteering opportunities as an MCR and look forward to participating in every kind of activity available. I especially enjoy worm composting, composting and finding safer/wasteless alternatives for products we use in our daily lives.