How this MCR Won It All at the Movies by MCR Melissa B.

I pride myself on retaining and recalling facts and information quickly and accurately. This pride was put to the test recently in the most interesting way that involved Trolls, my daughter, and a phone app.

Back in November, my daughter and I decided to go see the fluffy kids film Trolls. We bused to an appointment on 23rd Avenue and then walked to the Cineplex Odeon South Edmonton Cinemas. After arriving and buying tickets and snacks, we settled in for a relaxing mom/daughter date night.

I like to play TimePlay, which tests those recall skills I had been so proud of, particularly when it involves something I am knowledgeable about...like movies. If you're not familiar with TimePlay, it's a game where you use your cell phone to answer skill testing trivia and do fine dexterity challenges to win Scene Points. These points will get you free movies and other swag. 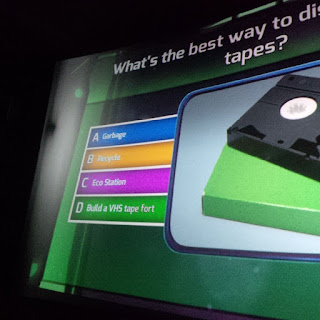 I loaded the app and got ready to play.

The first few questions were pretty standard ones, such as ranking movies in order of release date or selecting the movies which had Justin Timberlake in them.

I was feeling pretty confident in my knowledge and answered these questions easily. 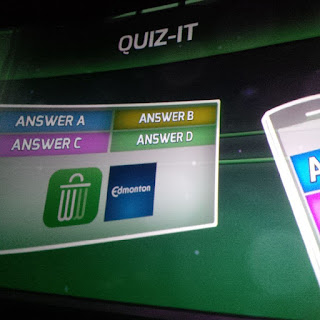 Then came the next challenge. A question popped up on the screen that read, “Where does shredded paper belong?”

The options were, compost, garbage, recycling and some other fourth thing. I was second guessing myself, thinking this was a trick question but then I realized it was being timed and so I chose garbage. I looked at my daughter and she could see the panic on my face. She said (in her teenager voice), “Mom, you know this stuff, don’t you?”

I must admit that being put on the spot had me wondering. The next few questions were also about waste, and luckily for me I got them all right and ended up winning the top spot in the theater. Granted, I was playing against a bunch of 8-year-olds and their parents. Still, I felt accomplished! I didn’t get much of a reward but I am 50 points closer to a free movie. 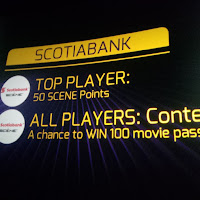 After the game was done, an ad came up for the City's new WasteWise app. I knew then that perhaps a refresher might be in order, and I signed up for the Recycling Refresher at the Reuse Center later in November.

The moral of the story: keep your skills and knowledge sharp because you may need to recall them in the strangest of settings!

All photos provided by Melissa

---
MCR Melissa B. completed her training in 2014. She is passionate about reusing and upcycling, and she has Christmas ornaments made from bottle caps and corks hanging on her tree.