Why it is more environmentally friendly for Edmonton to NOT recycle Styrofoam?

Some landfills report up to a third of their space consume by Styrofoam (polystyrene). Ultimately we should try to reduce our use of Styrofoam. This includes not eating out at places that have a lot of packaging, and buying less “stuff” that comes packed to death. The only good use of Styrofoam that I have found is Japanese dome homes (worth Googling). These are cute little homes that look like something either a smurf or an alien would live in but, sadly, are ridiculously expensive and would not be rated for Edmonton climate. 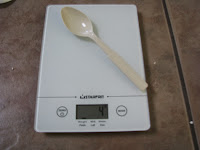 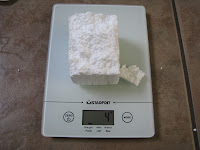 The main challenge with recycling Styrofoam is bulk; it takes a lot of resources to ship. These two items weigh the same amount, but the spoon is so much smaller. Twenty of these spoons could be held in your hand, but twenty Styrofoam cubes would fill a garbage bag.

A few places in Alberta collect Styrofoam, including Grand Prairie and Cochrane. Both cities ship their polystyrene products to Asia for further processing.


The friendly folks in Grande Prairie shared some details about their process. They collect a range of clean Styrofoam products, including items like coffee cups and packing peanuts. They use a  $35,000 machine to break it down to a tenth of the original size into a product called “ingots”.

The ingots are shipped to Japan to be made into hard dark plastic objects such as picture frames, encasements for computers, park benches, flower pots, architectural molding, toys, etc.

It is great that other places are recycling Styrofoam, so why doesn't Edmonton?

It's because the new Waste-to-Biofuels facility at the EWMC will convert the bulky Styrofoam directly into fuel. This facility will start operations this spring and is expected to be fully operational in 2016. Initially, it will produce methane from the Styrofoam and other waste that is not easily recycled or composted. Later on, it will produce ethanol which will be mixed with gasoline to reduce harmful emissions.


Fortunately we are already on this path and are in a unique position to both keep our Styrofoam out of landfills AND create fuel from it!

Christine W. graduated from the MCR program in 2010. She has volunteered in many ways as an MCR including presentations to school groups, events and tradeshows, blog posts, presentations for new MCRs, compost workshops and the #YEG Repairathon.